In Hôtel Sport Chalet – Mürren
above Lauterbrunnen near Interlaken, Switzerland

Reachable by cable car only – altitude 1650 m.
(You can come for one or two weeks)

Week 1
In a world in need of global action, can we observe the divisions we create?

Week 2
Can we die to the past and be fully creative?

“Awareness does not result from the struggle to be aware;it comes of its own accord when you are conscious with your whole being, when you realize the futility of choice.”
J. Krishnamurti

We do feel that the approach of Krishnamurti gains even more importance in highlighting the current challenges humanity has to face.
During this gathering we intend to move diligently into the understanding of our lives.

Our intention is to create a space in which participants have a possibility to feel free and to reflect. We will be together to explore the mind, to let go of old patterns. There is no authority and no goal to reach.

The atmosphere of friendliness, seriousness, silence and togetherness is important in order to sustain that quality of inquiry. Mürren offers the possibility to be in touch with the beauty of the high mountains and the quality of silence.

This International gathering opens the possibility to create relationships with people sharing the same investigation, coming from different parts of the world.

The detailed program is available upon request. 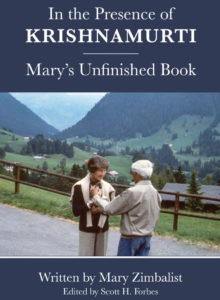 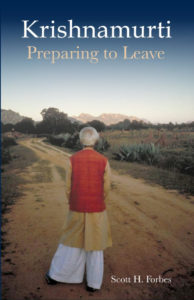 “What am I going to do with… the rest of my life?”